Back to Shop All CategoriesBBQ/GrillingGardeningUncategorized
HomeBlogGardeningWhy are Grow Lights Purple?

Why are Grow Lights Purple?

The light appears purple due to the differently colored diodes in use:

This pinkish/purplish glow has also been dubbed “blurple”, a term that is often used in a somewhat derogatory way these days.

Because many of the earliest LED grow lights, especially the low quality ones from China, emitted a “blurple” light. And people who bought those lights got burned.

They ended up with a light that couldn’t grow a blade of grass and understandably developed a negative impressions of purple lights.

We’ll get into that a bit more below. First we’ll go into more detail on why these grow lights look purple.

Why Are LED Grow Lights Purple?

LED grow lights have multiple diodes that each emit a single color of light. Some have only white diodes, while others have diodes in various different colors. It is the combination of those colors that creates the light we see.

Fixtures that emit a purple light contain a large amount of red and blue diodes. The smaller the ratio of red to blue, the more purple the light looks. The larger the ratio, the more pink it appears.

Since red wavelengths are the most important for plant growth and plants like a ratio of around 5 to 1 of red to blue light, most LED grow lights actually contain more red than blue diodes. This means that their light is actually more pinkish than purplish. It is the “blurple” light I mentioned above.

Why Do LED Grow Lights Use Mainly Red And Blue Diodes?

Plants use mostly red and blue light for photosynthesis. They use about 5 times as much red light as blue, and far more of either than any other color.

Many LED manufacturers took this knowledge and constructed grow lights featuring nothing but red and blue diodes.

They said that using white diodes would mean lots of light in other wavelengths like green and yellow, which plants don’t use. You would essentially be paying for electricity to create light that just goes to waste.

With only red and blue diodes, all of the electricity is used to create light that plants absorb and turn into energy. That is why their LED fixtures had only blue and red (and sometimes a few white) diodes.

Or so they claimed.

In actuality, they used mainly red and blue diodes, because they are easier and cheaper to make.

But consumers bought into the “red and blue light only is best” myth. At one point, it was very hard to find lights that were not mostly red and blue.

So why do I call it a myth? Is red and blue light bad?

No, it isn’t. It works just fine. But it is not ideal.

Besides, sunlight is white light that contains all colors of the spectrum. And sunlight has been growing plants since long before humans ever even walked the earth.

What Color Spectrum Is Better Than Purple?

As mentioned, plants want light in every color of the spectrum. But they want more blue and even more red, than any of the other colors. Thus, it stands to reason that the best light for plants contains all colors, but contains an extra heavy dose of red, and more blue than other colors, but less than red.

And that is the ideal spectrum. Almost.

Go back to our Hydroponics page to see our range of:

How Much Sun Do Peas Need: A Grower’s Guide

Peas are the best vegetable to grow even in small pocket gardens. It is one of the first crops to plant in spring and is considered nature’s candy off the vine. These plants grow quickly and do not require much attention. However, they need full sunlight to grow. Which leads us to the question –...

I think your article is very well written, it is a textbook for novice growers 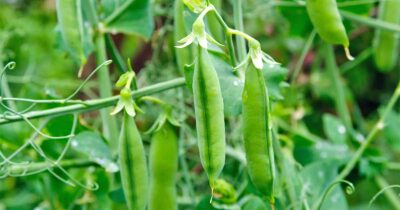 How Much Sun Do Peas Need: A Grower’s Guide

Peas are the best vegetable to grow even in small pocket gardens. It is one of the first crops to plant in spring and is considered nature’s candy off the vine. These plants grow quickly and do not require much attention. However, they need full sunlight to grow. Which leads...

Read More
Stay up to date
Register now to get updates on promotions and coupons.